Around this time of year, we all usually end up around the TV with a huge snug blanket and lots of ice-cream, even though it's -26 degrees outside, but we don't care because it's Christmas!
We do always end up watching the same films every year, but that's because they're brilliant! I'd like to share my favourite soppy Christmas films with you x
Home Alone 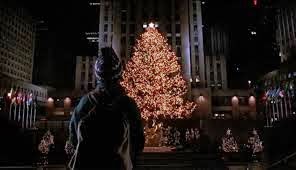 I love the first film. This is my favourite scene!
Everything Disney, particularly Mickey's Once Upon a Christmas 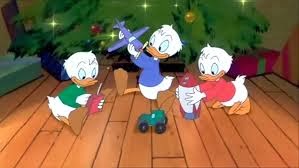 This short film is really funny and I love the wittle ducks!
White Christmas 1954 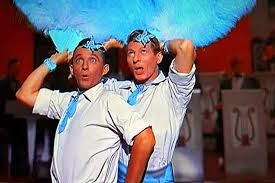 For me, this is a classic. From above, you can tell it is quite funny and bing Crosby is my favourite! 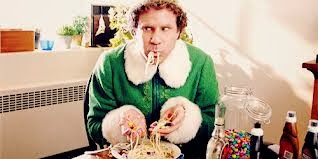 Heehee, Will Ferrell is my favourite comedian and this is my favourite Christmas film ever. If you haven't seen it, I would recommend this the most.  Buddy the elf, who was named by the humans after a Dyper brand will have you asking "What's your favourite colour?" to everyone you know! I have watched it so many times that I can say the lines the same time as the characters! 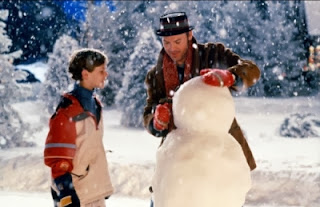 This film gave me the creeps when I was little but hey, there's snow and guitars and the cool guy with the hat. What's not to like?

Harry Potter and the Philosopher's stone

YAY! Trust a Potterhead to put a Harry Potter film in her choice! I think it's Hogwarts, the snow, the tree and Dumbledore (a.k.a the real slim santa please stand up). 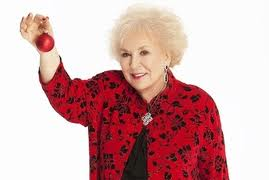 Wahoo, Mrs Miracle! This is a love story about a lady fixing up a couple. It's very sweet and perfect for Christmas. Also, Doris Roberts (above) played Marie in one of my favourite TV shows ever, Everybody Loves Raymond. 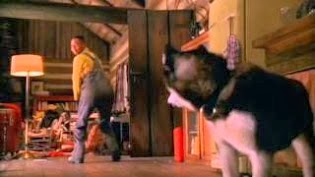 And what is the sleigh without the reindeers...well in this case the snow dogs. Cuba Gooding Jr is awesome in this film and it's also great if you like wittle furry wanimals (I told you this would be soppy.)

And before you all kill me (metaphorically) because one of your favourite Christmas films has been left out, feel free (seriously it's free) to comment below x
Have you seen any of the films I've mentioned and if so, what's your favourite?
I hope you're feeling all chrismassy and have some inspiration of your Christmas movie list.
And as they chanted in the "A Team," movie movie movie

Yours Truly
Boho Bun
ㄨღㄨ
Posted by Boho Bun at 12:34

☮ Lots of love for your comment. I truly appreciate your feedback ☮

Boho Bun
I am a student who loves bohemian style and I'm not one for following trends. I enjoy writing, reading, music and now and again making jewellery.

My prince is not coming on a white horse, he'll come on a turtle.